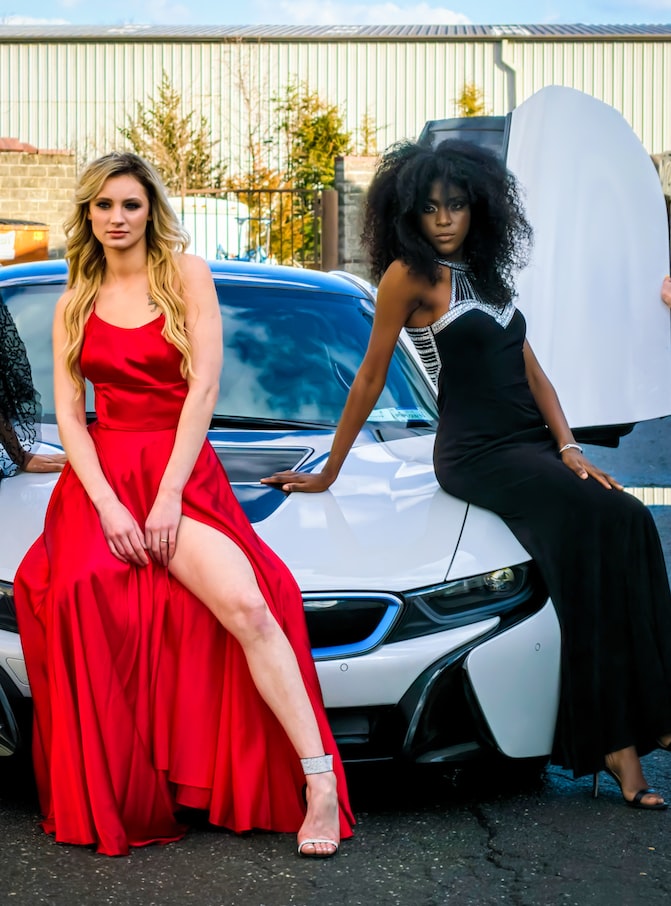 Fashion. It doesn’t matter whether it is loved or loathed, nobody can totally ignore it.

Whether someone is flipping through television channels, walking down the street, or sitting at a bus stop, fashion bombards us constantly. It should be of no surprise that almost everything seen is fighting for your attention, even shopping online at i49. Fashion is big business. What follows are eight facts about the fashion business that you might not know.

Fashion is Worth More Than the GDP of the UK, and Twice That of Canada

According to the World Bank, the 2013 GDP (Gross Domestic Product) of the UK was 2.678 trillion. By contrast, the total value of the fashion industry, which includes textiles as well as luxury and apparel goods, was 3.049 trillion. Things can really get scary when the global fashion industry is compared with the GDP of Canada, which was 1.827 trillion in 2013, and makes fashion worth twice Canada’s GDP.

Fashion is a business where there is a lot at stake. It’s for that reason retailers spend huge amounts of money to advertise their products. In fact, fashion retailers spent in excess of $500 billion on advertising last year alone, and this figure is likely to rise.

Interestingly, the largest fashion retailer in the world does no advertising. They don’t even have much of a marketing department. Zara has more than 2,000 stores in 88 countries. Not only do they do no advertising, they don’t even give journalists interviews. This contrasts with other big retailers that promote their brands as well as the names of their designers.

Amancio Ortega, the Founder of Zara, Has a Personal Worth in Excess of $69.5 Billion

Ortega, a Spaniard who confounded Zara in 1975, recently made it to the number four spot on the Forbes list of billionaires. That puts him a mere $9 billion behind the world’s richest man, Jeff Bezos.

Modeling Isn’t as Lucrative a Profession as Many Think

With all the money that is flying around in the fashion business, you would think models would be paid well. The truth is that only a very few models (mostly ladies) make lots of money. Unfortunately, although the top models do get the opportunity to jet set around the world, and hob knob with the rich and famous, most earn only about $32,000 a year.

That’s a decent salary if you think about it, but when you consider that most models enjoy a very short career of about three seasons. Most fashion runways feature about 70 percent new faces.

Cannabis is Big Business in Fashion

No. We’re not talking about those who might sneak a joint after a fashion show. Instead, cannabis is making inroads practically everywhere you look in the fashion industry, from those who flash their blunts on their sleeves to those who wear textiles made from the cannabis plant. Anything that involves cannabis in one way or another contributes to this “reefer madness.” You can even buy a 24k gold plated grinder necklace for a mere $1,499.99.

Fashion Employs a Lot of People

More than four million people are employed by the fashion industry worldwide. This includes such ancillary industries as manufacturing, marketing, distribution, advertising, retailing, communications, consulting, and publishing. Even better, some of these people are very well paid, with some receiving an annual salary in excess of $170,000.

Men’s Fashion is Catching Up With Women’s

In the past, men’s fashions have nearly always played second fiddle to women’s. Not anymore. In fact, men’s fashion is growing amazingly fast. According to a UK study, men spend only slightly less than women on their own fashions. This growth has been so strong in recent years that total sales of men’s fashions might even exceed those of women’s in the next five years.

So there you have them: eight facts about the fashion business that might surprise you. Most interestingly, with the continued growth of online shopping, and the ever-present culture of keeping up with the Kardashians, it is likely that this growth will continue.